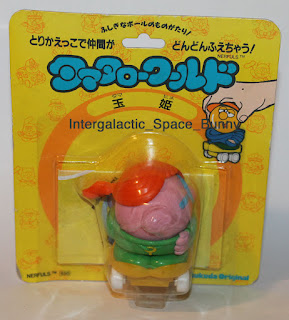 (Photo from the original Ebay Listing)

Just when I thought we had a handle on the different markets where Nerfuls were available, along comes a listing on Ebay for a Nerful sold in Japan. I did my best to get photos of it from the seller without having to buy it, but with time running out I bit the bullet and won the auction. The upside of that is we are also able to see what the Japanese pamphlet looks like because I'm enough of an obsessive to open it! 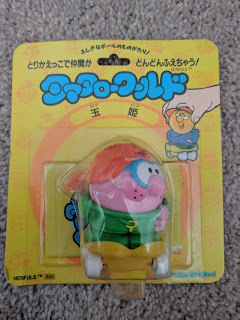 The Nerfuls were sold by a company called Tsukuda Original. A little bit of web searching tells me that they were a video game and toy company who were responsible for taking the game Reversi, giving it a green, black and white color scheme,  and registering it under the game "Othello", so we have them to thank for that. They eventually merged with Bandai. 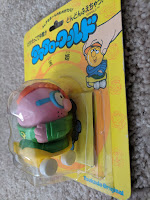 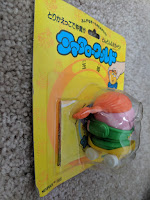 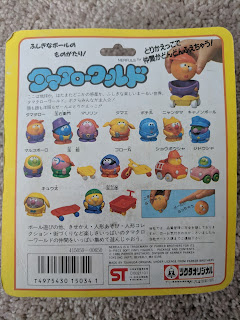 From the cardback it seems that at least the basic figures, Nerfuls with wheels and Soft Vehicles were available from Tsukuda, although it's possible that, like the Rescue Center playset some of these never made shelves. 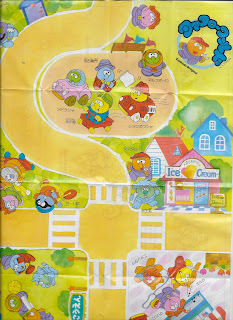 As is the case with the North American releases, inside the packaging of each Nerful is a small pamphlet. The Japanese pamphlet seems to have a poster/playmat on one side. Since the poster shows a road scene and is included with Katie, a Nerful with skates, I have to wonder if there were different pamphlets included in different Nerfuls. Unfortunately unless someone else finds and opens one of these it may be difficult to find that out. 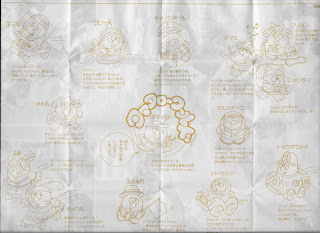 The opposite side of the poster has some very lightly drawn line art of the Nerfuls characters, as well as what I have to imagine are bios. I am working on getting some translations on all of the text found on this pamphlet and the packaging, but it may be a while. In the meantime it's fun to look and wonder.

The Nerfuls itself has all of the same stamps and markings on it's feet and the base of the skates as are found on those produced by Parker Brothers, so a loose one looks exactly like a loose one from North America or Europe.

The seller of this Nerfuls says he or she has two more Japanese Nerfuls that he will eventually be selling, as well as a "knockoff", so hopefully we'll be able to find out a little more about these soon.