Two playsets were released within the Nerfuls toy line, although three are advertised on various pieces of Nerfuls packaging and advertising. Both playsets come with a new Nerfuls character, and true to the spirit of the Nerfuls brand the pieces from both playsets are completely interchangeable with each other.

The playsets were released in cardboard and corrugated boxes, and the names vary between North American and European releases. This difference in names will be shown as North American name / European name. 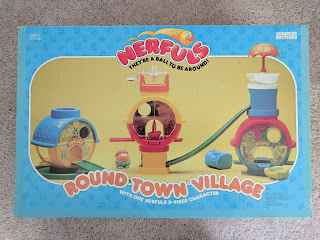 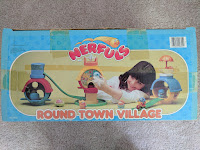 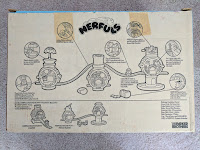 The Round Town Village playset included three main buildings; a home, a pet store, and a police station. It also included a spinning cafe table, round-trip elevator, two green pieces of track and a connector, a bed, an arm chair, one yellow riser, one blue riser and one green base. 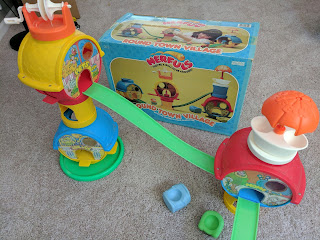 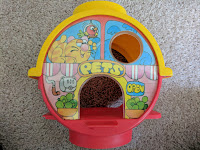 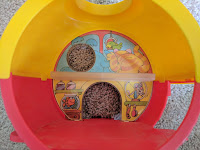 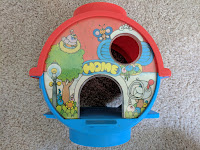 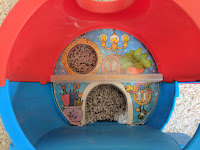 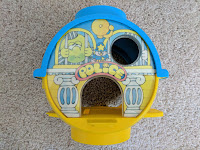 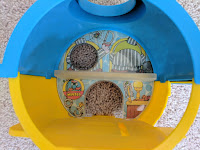 There are two small part variants that have been discovered for the items included in the Round Twon Village. The base of the elevator has been found in both orange and green plastic. Orange seems to be the more common color. Also, the umbrella piece seems to have a variant with one panel molded shorter than the others. How common either of these variants might be is unknown. 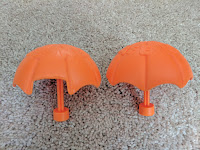 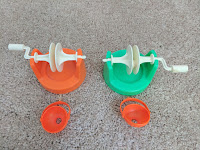 The new Nerful character that comes with this set is Neighbor Ned. Ned is made of several recolored parts from other Nerfuls. His head is the same as Captain Nerfuls, his hat is from Frankie and his body is from Budd. He also comes with a set of Scratch's ears and Officer Bob's hat, presumably so that children could use Nerfuls' swapping feature even if this was the only Nerfuls toy they owned. 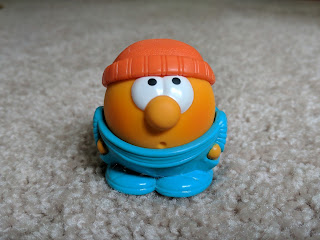 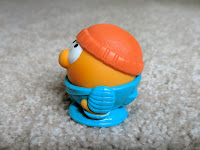 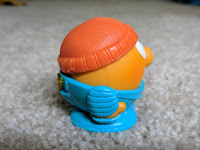 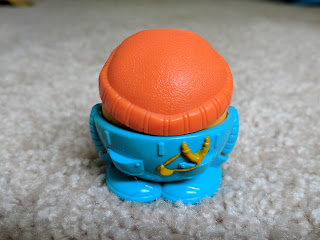 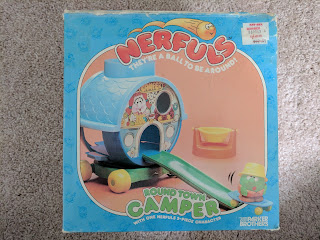 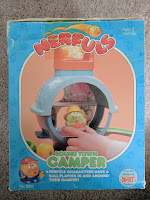 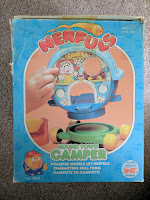 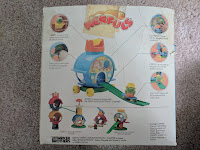 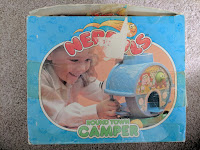 The Round Town Camper came the main camper building, a rolling base, a small green piece of track, and a swinging hammock. 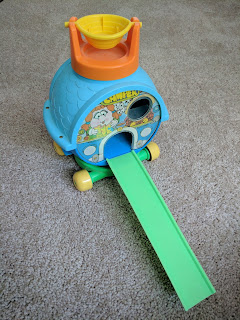 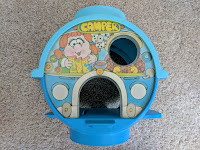 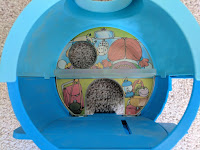 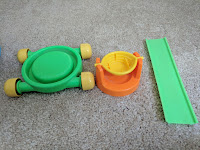 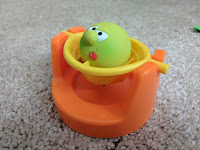 The Round Town Camper came with a new Nerfuls Character On Wheels, Campy. Campy, like Neighbor Ned, is composed of recolored existing parts. His hat is from Bart, his head is from Budd, his body is from Frankie, and his skateboard is from Stewie.