There were at least two Nerfuls Playsets that never saw production, one of which was advertised with the initial Nerfuls line. 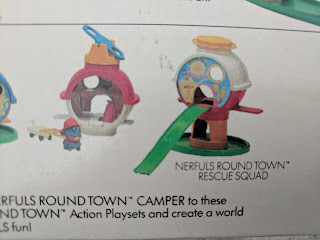 The Round Town Rescue Squad was advertised on the back of both playset boxes, as well as in the pamphlet which came with each Nerfuls toy. It was meant to come with a new Nerfuls character which, like Campy and Ned from the other playsets relied entirely on repainted pieces from existing Nerfuls characters. It had Stewie's head, Sparky's hat, Captain Nerfuls' body, and then used Katie's skates and Frankie's wagon. 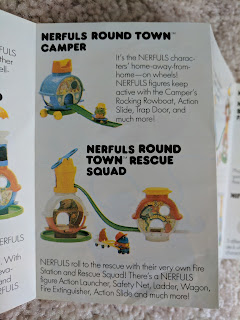 The playset itself appeared to have only four pieces that were completely new, and those, listed in the brochure, are an "Action Launcher", a "Safety Net", a ladder and a fire extinguisher. 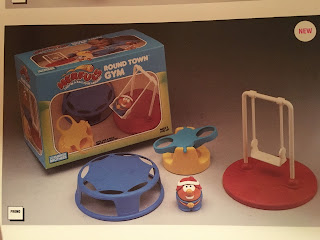 The Round Town Gym was listed in the 1986 Parker Brothers dealer catalog. It included a repurposed "Action Launcher" from the unreleased Rescue Squad set, now renamed a "Super Springboard", a trampoline that is somewhat reminiscent of the safety net from that same Rescue Squad set, and a brand new swing. 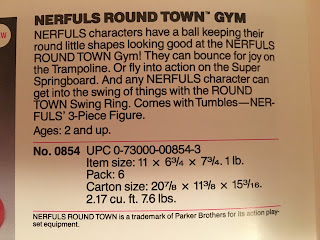 The set was also to include Tumbles, a completely new three piece figure that would eventually be given as a mail-away premium. For more information on that offer please check out the promotional figures page. 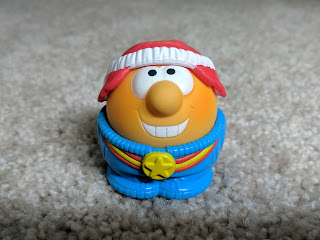 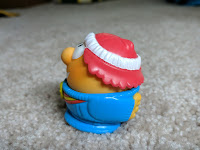 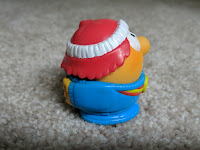 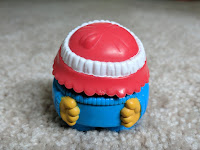 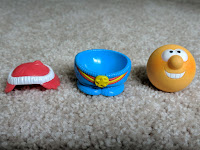